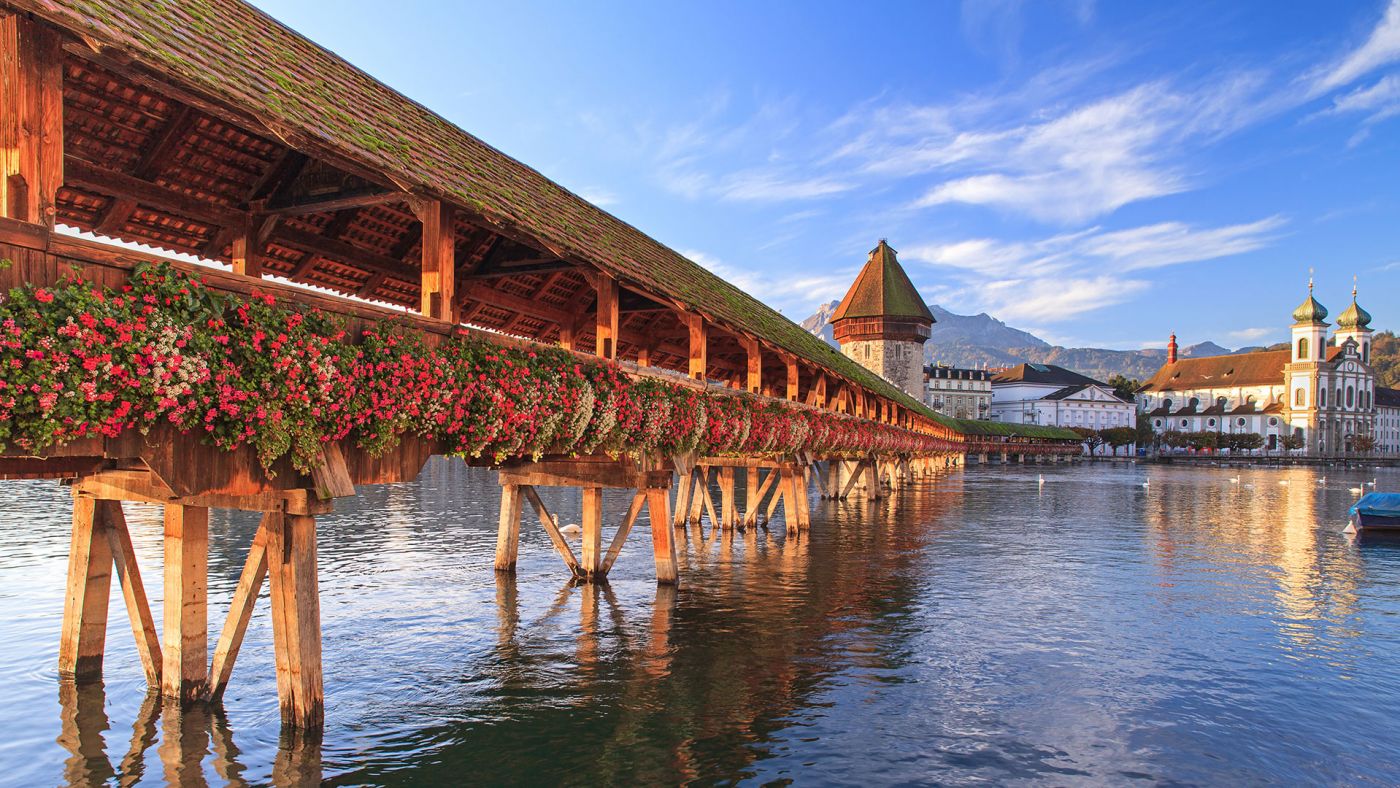 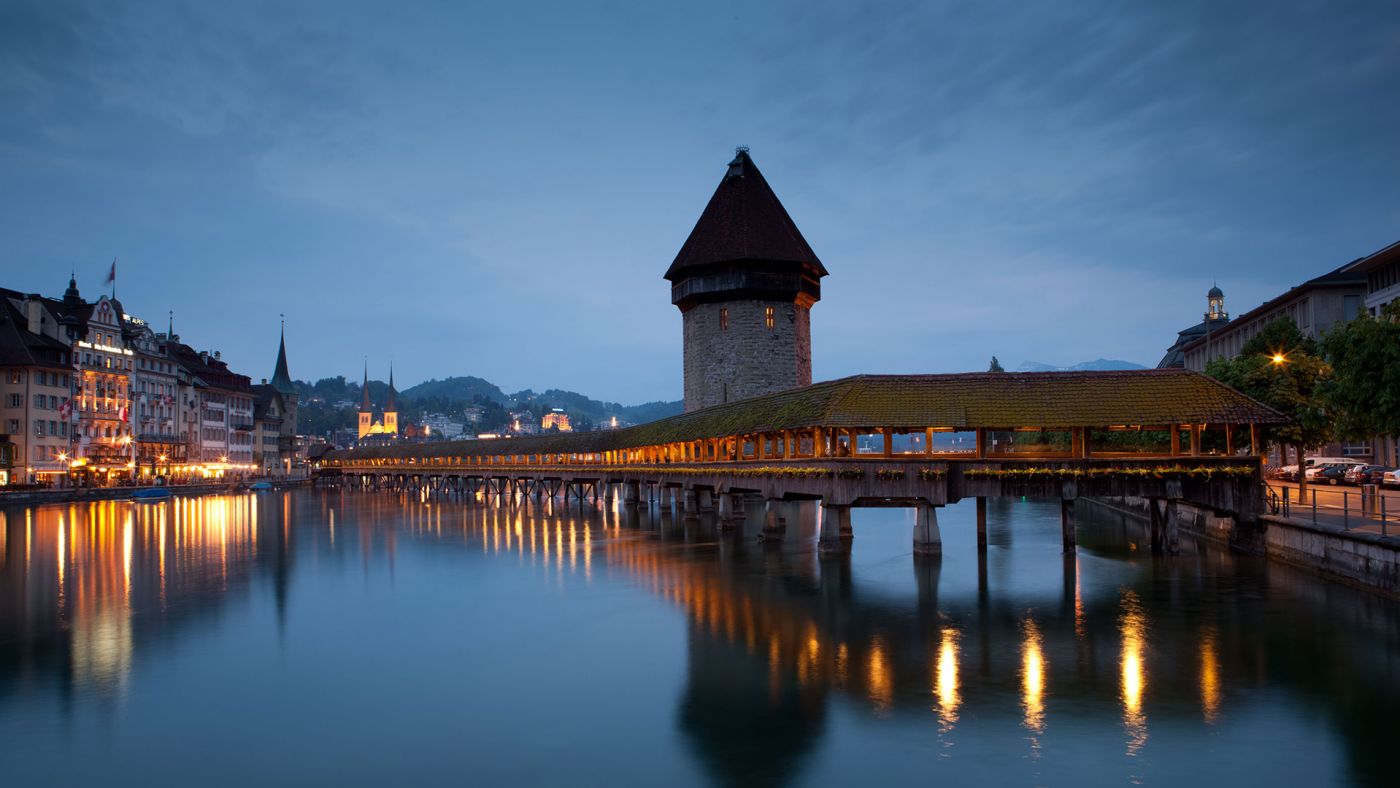 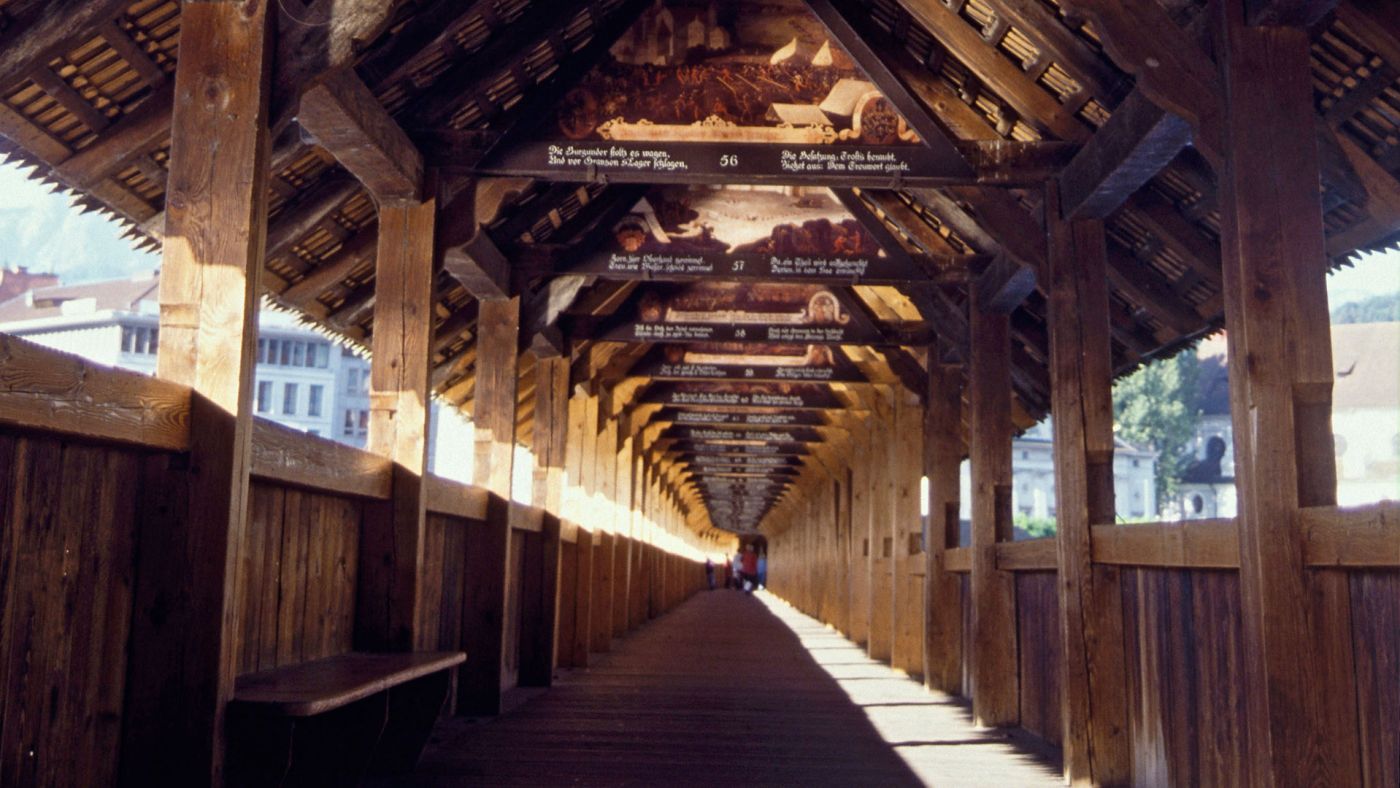 Chapel Bridgewalk through a picture book of Lucerne's history

The Chapel Bridge Lucerne, built in the 14th century, is probably the most well- known city view of historic Lucerne with the neighbouring water tower. The symbol of the city simultaneously allows you to take a stroll through history, since the imprinted plates added in the 17th century tell their own historical anecdotes. If this isn't your first time here, then you should also take a visit to the octagonal water tower, which is even a touch older than the bridge itself and has previously served as a prison and torture room, amongst other things.